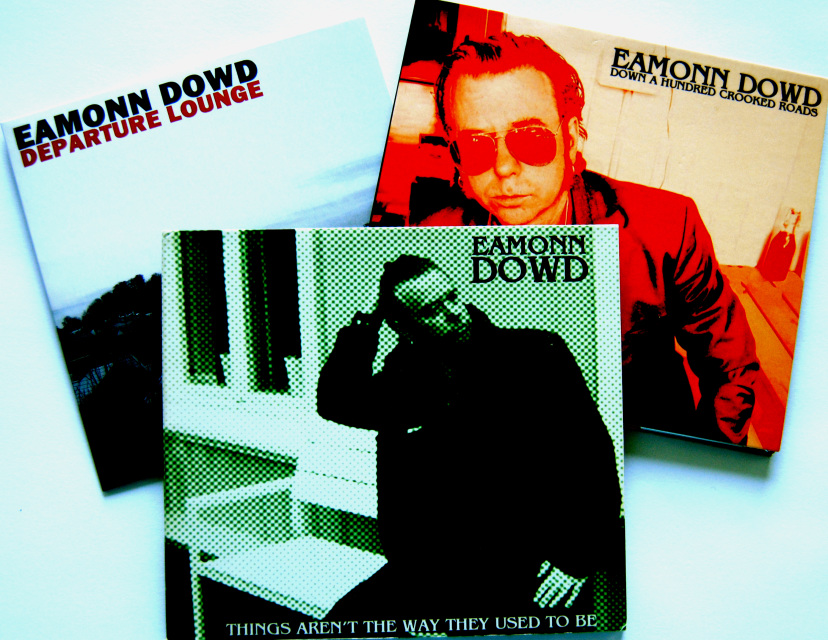 SKU:
€15.00
€15.00
Unavailable
per item
(Price includes post and package)
Down A Hundred Crooked Roads - Things Aren't The Way They Used To Be - Departure Lounge
​This bundle includes the album Down A Hundred Crooked Roads (2014).  It's a  full-on rock 'n' roll album, including the songs She Went Out Gallivanting,  Life Is Long , No Reason No Rhyme and  You're On Your Own.  All these songs are still included in the band's live set. The album was recorded in Ireland, Sweden and Belgium with Eamonn's Irish band The Racketeers and with Swedish backing band The Last Souls.
LISTEN HERE

Things Aren't The Way They Used To Be (2013) is mostly an acoustic album and  includes versions of Iron City and You're On Your Own (original acoustic version) as well as great songs like Mad Dreams,  When I Played That Rock 'n' Roll, Man From Another Time and Tell Old Bill, the traditional song made popular by Dave Von Ronk who was a major influence on a young Bob Dylan. Another cover on this album is Psycho, the gothic country serial killer ballad written by Leon Payne and first recorded by Eddie Noack in 1968.
LISTEN HERE

The bundle also includes the CD single Departure Lounge, lifted from the Dig Into Nowhere album from 2017.  Extra tracks on the CD include Nobody Home from the Silver and Dust album (2006) and Sweet Angel from The Mansions of Gold album (2009)
​LISTEN HERE
Add to Cart